The Historic City of Oxnard, The Channel Islands Harbor and surrounding Beaches are an awesome place to live, work, and play.  located on the Southern California Coast between Santa Barbara and Malibu, the city is sandwiched between Ventura and Camarillo, within commuting distance to Metropolitan Los Angeles, Los Angeles International Airport, and Santa Barbara Airport.    Please free to call us for assistance with your real estate needs.   Meanwhile, here are some facts about  Oxnard:

THE WEATHER: The average temperature in Oxnard is approximately 72 degrees. The weather here has been noted to be some of the best in the world by the National Weather Service.

HISTORY: “The historic City of Oxnard – was incorporated by the California Legislature in 1903.  The city is names after the Oxnard Brothers, farmers whose family originated in England.  They farmed the area for years, before returning to the Minnesota where they came from.   They left behind a great philanthropic legacy, gifting most of their land to loyal workers.

HISTORY IN MOVIE MAKING ENTERTAINMENT: Before  Channel Islands Harbor was created in the 1960’s Hollywood Beach and Silver Strand Beach were connected.    The beach became a famous hangout for Hollywood stars and producers during the Roaring 1920’s when  the beach was used to film movies  such as The Sheik, featuring Rudolph Valentino.   The long slender stands of Hollywood Beach and  Silver Strand Beach  have since been a quiet beach getaway for the stars from Hollywood and affluent from around the world.   Attracted by the sense of community and safety created by locals, the Beach feels like a wonderful home for  both  fulltime and weekend residents.

The city  has a number of exciting locations of interest for major motion picture production companies, television, commercials, still photography and student productions.  Historic structures, harbors and marinas, beaches, ocean views, residential and business districts can all be found within the City of Oxnard.  Many filmmakers have chosen Oxnard as the ideal location for their production.

SAFETY RANKINGS: Identified by the FBI as one of the safest counties in the United States, Ventura County attracts plenty of business and investment capital, but maintains the look and feel of small towns with distinct identities. For instance, Port Hueneme, just south of Channel Islands Harbor, is perhaps best known for being the only deep-water port between Los Angeles and San Francisco.  The rapidly growing port is now the fourth busiest in California. The Pacific Coast Highway and 101 are only minutes away and make it easily accessible. Downtown Ventura has also seen a renaissance of late, and is emerging as a charming, upbeat district dotted with graceful palms, outdoor cafes and music clubs featuring from jazz and swing to rock and blues. 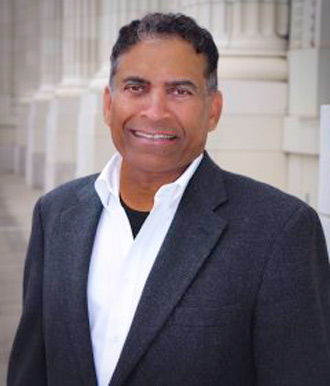 "“HONEST AND THOROUGH” –  I have had the pleasure of working many Real Estate transactions with J.K. Mondol and I can assure... continued"
- John Thyne, Real Estate Broker
View All